Pharma Marketing in a Digital World

Luise Recktenwald: Len, the first thing I would like to know: have you seen any visionary digital innovation projects in pharma this past year?

Len Starnes: Yes. One of the things that happened over the last year or the last few years has definitely been the way that pharma has been looking at partnering with outside high-tech start-ups.

Everyone talks about moving beyond the pill. Many pharmas have now realized that there is a future in looking beyond just selling pills and seeing how services and other products complement their own drugs. Lately, this trend has been picking up quite a lot. One of the first movers was Johnson & Johnson. And here in Europe it’s Janssen with their Healthcare Innovation Initiative that has been running the last few years. Bayer started a similar program called ‘Grants4Apps’ three years ago, providing office and research facilities on-campus, mentoring as well as a 50.000 € investment for selected start-ups.

That shows an openness that would have been frankly unthinkable a few years ago.

Luise Recktenwald: You worked for pharma in marketing positions for many years – what exactly would you say has changed since then? Does pharma embrace digital more today?

Len Starnes: When I go to conferences and I see and hear that we are discussing issues that we discussed twenty years ago, one might conclude that things did not change much. But that is obviously not really true. Of course the awareness for digital has grown tremendously.

But marketing expenses for digital are still relatively low in Europe, maybe 15 percent. In some countries significantly less. There is a lot talked about social media, for example, but the spend for it is really small. But there is none then less an ongoing momentum within the industry to embrace digital, an awareness that doctors are becoming more digitally savvy.

Luise Recktenwald: What could have caused this change of mind?

Len Starnes: I mean no pharmaceutical company can ignore the fact that doctors want information, want to connect with pharma, often exclusively via digital channels. So I don’t know any pharma companies that are not at least discussing it – whether they are actually implementing correctly  is another thing.

Luise Recktenwald: What would you say are the main challenges? What keeps pharma from truly putting things into practice?

Len Starnes: The challenges facing pharma in its use of digital are remarkably well documented. Surveys on internal barriers consistently show that lack of a coherent strategy comes top, followed closely by external regulations; it’s simply too easy to say ‘we’re not allowed to do that’.  Gaining internal buy-in from sceptical BU or brand mangers is also a major issue as is the requirement to comply with internal rules and processes which are often not designed for a digital world. Finally, there’s the challenge of being able to recruit digital staff with appropriate experience. Surprisingly, perhaps, lack of budget is not such an issue.

Doctors Want to Communicate with Pharma:
The Evolution of HCP Communication

Luise Recktenwald: One aspect that has been changing quite a lot with digital has been how pharmas and HCPs communicate. What do you think – how will their relationship evolve over the next few years?

Len Starnes: At the financial times pharma conference, GSK presented a study on what doctors want from pharma. What GSK said in their study was that doctors want a lot of things from pharma, but especially more peer to peer communication and rich science based debates.

I found that very interesting and I actually posted a tweet on that, regarding peer-to-peer options on healthcare professionals on social networks, because I don’t think pharma is using all these options enough. If doctors want rich science based debates, pharmas could use platforms such as yours to do that. I know of a couple of companies that are using coliquio for direct communication. But many pharmas are reluctant to communicate directly with doctors, because they are uncertain about how it could work, it would require medical staff and robust internal guidelines.

Is there Still a Need for Closed Doctor’s Networks?

Luise Recktenwald: Some doctors in the US suggest to simply use open networks such as Facebook or LinkedIn for peer-to-peer communication. You just suggested that physicians only social networks (POSN) such as coliquio be used. Is there still a need for closed networks?

Len Starnes: Absolutely! Globally about 7.5 million healthcare professionals are using over 140 physicians only social networks. I added up the numbers of the quoted members. Over the last seven years, this number has been going up continuously. And I just looked at coliquio yesterday and I think you quoted 140.000 members, right?

For me it is no question that the need for closed communities is there. And I don’t see public social media platforms replacing them any time soon. There are a few doctors who are opening real dialogue on public social media or blogs, especially in the US. But they are an exception as there is this whole ethical issue.

Most doctors continue to use professional platforms and one of the things coliquio has been talking about from day one was how doctors are using coliquio to reach out to their peers, if they have a difficult diagnosis or treatment, they want a second opinion. This is the same everywhere in the world and it’s not going to go away. Could you imagine doctors using LinkedIn or Facebook, saying “Here is the photograph of the patient and the MRT scan – what do you think?” That’s not going to happen any time, because of the ethics involved.

And of course in Germany there is the HWG – so for peer to peer communication between pharma and doctors it’s crucial to have closed networks.

Doctor’s Use of Digital in Different Age Groups

Luise Recktenwald: Do you see a difference in how doctors use digital depending on their age? Are all of them open to communicate with their peers online?

Len Starnes: Of course there is differences. Newly graduated medical students will have been used to using internet and social media of all types throughout their whole education. Being Digital Natives, they just take it as how you conduct life and the practice of medicine.

Whereas older doctors still had to learn things. They are Digital Immigrants. But if you look at the numbers, you will see more and more older doctors adopting and embracing digital.

There are a few differences in the behavior of these two groups. One example: Digital doctors will take notes in digital form. They don’t use paper and pencils and things like that. It all goes straight in the computer or mobile device. The immigrants still might be using paper and pencils. There are many significant behavioral differences. But it’s not that Digital Immigrants don’t use digital. Of course they do, they have to. Doctors today are plugged in to digital systems and processes, so they have to use them.

Unique Opportunities for Pharma in Engaging with Doctors

Luise Recktenwald: To wrap things up, could you summarize the unique opportunities for pharmas in engaging with doctors peer-to-peer once again?

Len Starnes: Sure. The relationship between doctors and pharma is still …not the best relationship in the world. It goes up and down, depending on how pharma behaves. So, anything that increases levels of confidence and trust in the industry is good. And this really means being able to talk directly and openly. So, if there are more opportunities on networks such as coliquio to engage openly that’s good. In my experience, doctors do indeed want to talk to pharmaceutical companies. But they mostly want to talk to pharma doctors on a peer-to-peer basis, openly and honestly, not surprisingly about brands.

Luise Recktenwald: Len, thank you very much for sharing your insights, we appreciate it! 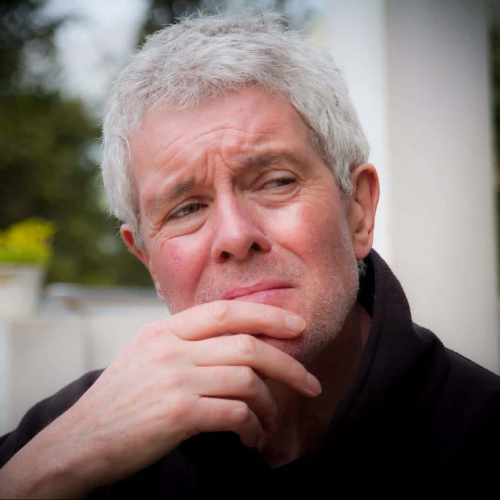